A1 got off the bus last week and immediately came to find me.  This is unusual as it is typically the other way around.

“I hate riding the bus.  I try to keep my headphones on so no one will bother me….but they even make fun of that” he blathered.

A1 is not one to seek out trouble, but he has no ability to not verbally respond to it when it comes his way.  Impulsiveness and rigidity.  Such is the way of  ADHD and Asperger’s and as he gets older, he gets more and more aware of this but doesn’t seem to have the impetus to make it stop.

“It wouldn’t be so bad if even one kid stuck up for me or was on my side. B was making fun that I couldn’t run all the way around the track in gym“.

He went on and on. And I nodded imagining A1 trying to explain at length why his Keens rubbed against his heels or how he was out of breath….stoking a fire that he did not know was smoldering.  I did not hear much else until the end.

I stood for another moment gathering my thoughts and wondering what A1 was thinking as I just stared at him floundering to find something to say.  I took a slow, deep breath, “and what did you say when he said that?”

He didn’t deny it.  He didn’t admit to it.  He didn’t give the other boy the power to use that in a way that would have inadvertently bullied anyone else in earshot.  He shut that shit down.

I am sure if my child had the ability to remain quiet, he would.  However in that moment I have never been more proud of him.   He is potentially the coolest person I know and possibly not as vulnerable as he feels….and it’s not because he is 12 and has shoulder length black hair with Manic Panic lizard green tips.  He ultimately understands what it means to be transgender….to be different in a way no one gets.  He also doesn’t understand what the big deal is and why “adults can’t get over it either”.  He had several options of comebacks and told me he recognized that given the slurs thrown his way there were many cruel things he could have said but chose not to.  A1 is confused for a girl a lot.  Though we talk about it, he tells me he is not transgender nor does it bother him when people think he is a girl. He says he knows it goes with the territory of having long hair.  My Aspie tells me he is lonely, he tells me he knows people think he is weird…but he lives his life being true to himself, doing his own thing, wearing what he wants…and unapologetically giving zero f’s. And one day…when adolescence has passed him by I am certain he will come out the other side being a better person for it.

So North Carolina…in light of your clamoring last week to pass the adult equivalent bill of bus bullying LGBT people…my 12 year old with developmental issues gets it…why don’t you?  While we are at it…here are 12 other ways he is cooler than you:

2.  The element of surprise 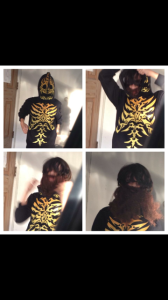 3.  He also sets his own agenda.  But way better than you. 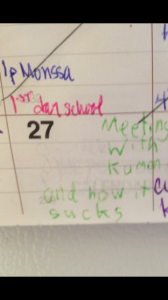 4.  Visual cues for piano practice?  He scoffs at those…. 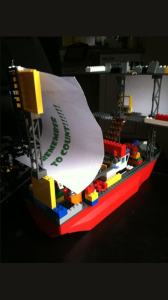 5.  He tells it like it is.  And obviously is learning something in language arts on occasion. 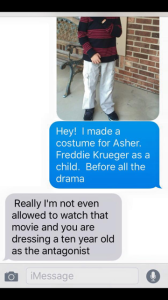 6.  He expects quality.  And he will wear it wherever he wants. 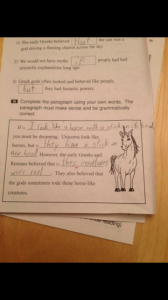 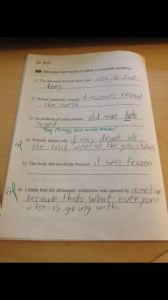 10.  years and years of fashion….(not to mention his real dad is Tommy Lee) 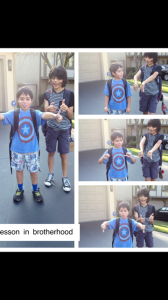 One thought on “12 Times my Kid Was Way, Way Cooler Than North Carolina”