I have no idea how to work our TV, so I have to ask my children to leave it on every Saturday evening so I can watch Saturday Night Live.  I often wonder if I watch it because it is the only time I don’t have someone whining at me that it’s their turn.

Last night between forcing my eyes to stay open and shoving a handful of popcorn in my mouth, SNL aired this skit: 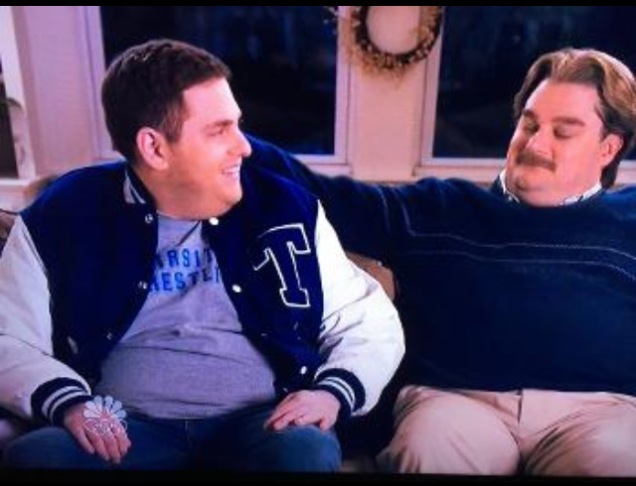 The Champ: Jonah Hill is not the Winner you think he is

For those of you not completely cued in, this is satire of something that goes on in the lives of individuals with disability all the time.

Did it make you uncomfortable?

Hear me out on this one….

About a month ago, I read the yuckiest headline ever.

You can read the article here.

Once I moved through being perplexed why a star wrestling champion would have a dream of losing to someone with special needs I realized what it really said.  Which ultimately was equally as perplexing and somewhat disturbing.

A wrestler with special needs was given the opportunity to feel like his hard work paid off. He won against a wrestling champ…but not really and that is now NATIONAL HEADLINE NEWS.

I pondered this just a bit last week as well when I blogged about blogged about Donna, an unsuspecting fast food worker who treated my child with a severe language disorder just like any other patron. In our case, Donna is completely unsuspecting that so many people now know and respect her because of her act. It truly was an act that occurs far less in our world than one might think.

The sensationalizing of reporting overly heroic gestures toward those with special needs is a reflection of our world.  Hollow good deeds and instantaneous 15 minutes of fame is raising the wrong kind of awareness folks, but it sure makes people feel good and it garners thousands of clicks.

Please do not misunderstand.

Us parents are caught up in a catch-22 vortex.  Watching A2 join in to a neighborhood kickball game only to see the 9 year old neighbor run just slightly slower to retrieve the ball as he runs to his base is amazing.  But he DOES run to get the ball and he has gotten A2 out sometimes. The difference is that its not a one time thing.

A2 can be told “see you tomorrow” as an invitation to join in again.  And that 9 year old isn’t walking around to his friends saying “Wasn’t that so nice of me? Did you see what I just did?”…at least not in front of A2 or the rest of the world to be overheard. That gesture turns a regular experience into a charitable yet humiliating one.  I love the idea of having my little guy being an equal part of the game. I even love the idea of the kind gesture of a child making him feel special during that game….I don’t like the idea of him being seen as a charity or a headline because of it.

And that is all.

Thank you Saturday Night Live and Jonah Hill for showing how ridiculous that is.